Moresca (Italian), morisca (Spanish), or moresque(French), also known in French as the danse des bouffons, is a 15th/16th century pantomime dance in which the executants wore moorish costumes.

In the 15th century, the moresca is the most-often mentioned dance type in literature. On the rare occasions other dances are mentioned, the moresca is almost invariably described as well. In its early manifestation it appears in two forms: as a solo dance, and as a couple or group dance in which the dancers mime a sword combat between Christians and Muslims.

The moresca continues to be danced in Spain, Corsica, and Guatemala, and the name as well as certain characteristics of the choreography are related to the English morris dance.

our dancers are freely interpreted replicas of the originals from Erasmus Grasser and representing different types of traveling artists, acrobats & musicians. 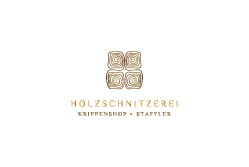